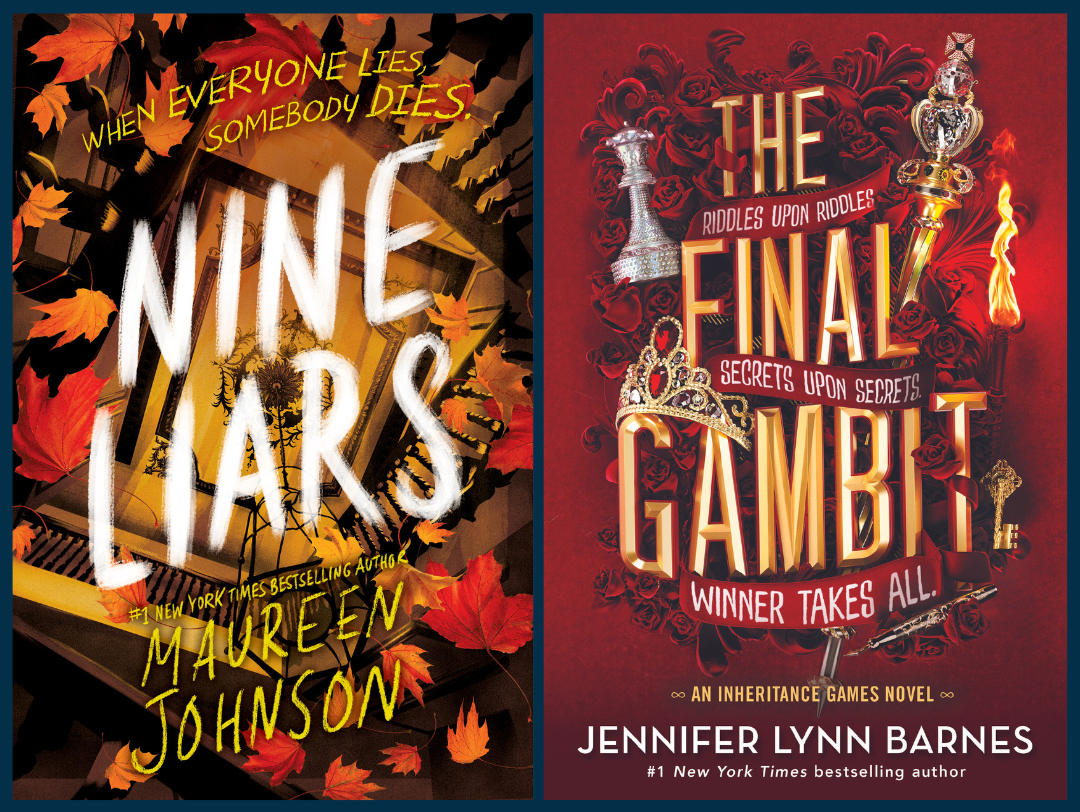 This event has passed.

Enjoy a special evening with two of the country’s top young adult authors as Maureen Johnson (Nine Liars) is interviewed by Jennifer Lynn Barnes (The Final Gambit), in this ZOOM webinar. To attend via Zoom, please register in advance for this meeting here. After registering, you will receive a confirmation email containing information about joining the meeting.

This program is open to both adults and teens and is in partnership with Tewksbury Public Library.

In Maureen Johnson’s Nine Liars, while studying abroad, intrepid sleuth Stevie Bell is introduced to an unsolved double-murder cold case involving nine friends from Cambridge University and soon discovers the killer hasn’t finished what was started back in 1995.

Maureen Johnson is the #1 New York Times and USA Today bestselling author of more than a dozen young adult novels, including the Truly Devious series, the Shades of London series, Suite Scarlett, and 13 Little Blue Envelopes. Her collaborative books include Ghosts of the Shadow Market (with Cassandra Clare), as well as Let It Snow (with John Green and Lauren Myracle), which was also a hit feature film on Netflix. Johnson’s books have sold more than three million copies worldwide and have been published in more than thirty countries. She grew up in Philadelphia, graduated from the University of Delaware and has an MFA in Writing from Columbia University. Johnson lives in New York City with her husband and dog.

In Jennifer Lynn Barnes’s The Final Gambit, eighteen-year-old Avery Grambs is weeks away from inheriting the multibillion-dollar Hawthorne fortune, but first she’ll have to survive a dangerous game against an old enemy looking for vengeance.

Jennifer Lynn Barnes is the #1 New York Times bestselling author of more than twenty acclaimed young adult novels, including The Inheritance Games trilogy, Little White Lies, Deadly Little Scandals, The Lovely and the Lost, and The Naturals series. Barnes is also a Fulbright Scholar with advanced degrees in psychology, psychiatry, and cognitive science. She received her Ph.D. from Yale University in 2012 and was a professor of psychology and professional writing for many years.